The Ongoing Evolution of the Pocket

One of the most universally debated topics in fashion is the Woman’s Pocket, or current lack thereof. Over the last three centuries, we have seen women’s pockets evolve dramatically and rapidly. While recently deinstalling a mid 19th century piece from the current exhibit "Divided Voices: Maryland in the Civil War" to allow for a new rotation of gowns to be displayed, I was struck by the prominently placed, deep pockets on the gown. So deep, in fact, I could almost reach my entire forearm inside.

Pockets made their first appearance in women's fashion in the early 17th century, but as its own detachable garment. It would situate itself under the many layers of fabric women wore, and often secured to a band that tied at the waist. The Victoria & Albert Historical Context website remarks on pockets' early size and universal necessity, despite “there [being] no mobile phones, car keys or credit cards in the 18th century." Nevertheless, women kept a wide variety of objects in their pockets.

In the days when people often shared bedrooms and household furniture, a pocket was sometimes the only private, safe place for small personal possessions” ("A History of Pockets", 2013). Why did this clear need for a private and safe space within garments disappear? The detachable pocket leaves the women’s garment altogether when the drastic silhouette change of the late 18th century occurs, as shown below. When full petticoats and wide hoops were no longer in style, the sleeker high-waisted gowns that replaced them did not allow for any form of pocket due to how much it would alter the shape of a gown and the smooth silhouette it created. Instead, a decorative purse, known then as a reticule, came into use for women. We see in this example how fashion is the driving force behind the evolution of pockets and other accessories.

The V&A explains that pockets reappeared in the mid 19th century first on working class patterns, because the practicality of pockets was simply too apparent to overlook. “Clearly the mid-19th century was a period of transition, with both separate pockets and those sewn into the seams of a dress, in use" (V&A, Wearing Pockets).   Pockets continued to be utilized throughout the 19th century, especially for girls and working-class women.

Five illustrations for pockets in The Workwoman's Guide, 1838. Courtesy of Victoria & Albert Museum.
Pockets in the 20th century disappeared and reappeared as quickly as fashion evolved. Women's trousers fluctuated in fit and style so frequently that pockets often interfered with these cuts. As fashion's obsession with the woman's body and its size increased, any added material bulk was considered undesirable by designers. It was the advent of the cell phone and its popularity in society that truly pushed pockets to become a more standard feature for women's wear. Even today, women still marvel at anything, from sun dresses to ballgowns, that have pockets. Women who don red carpet attire complete with pockets are often trailblazers in the entertainment industry for breaking the strict couture rules that have been set down, enforced, and followed for decades.

Amy Schumer, Gina Rodriguez, Jenna Dewan Tatum at the 2016 Golden Globe Awards Red Carpet. Getty Images AP, Courtesy of TODAY.
The movement to make pockets universally expected on every garment is gaining popularity quickly, and begs us to question the very nature of the industry we succumb to so readily; are we demanding change, or is it simply pushed on us? If women had the agency to say no, would pockets have ever left their sides? 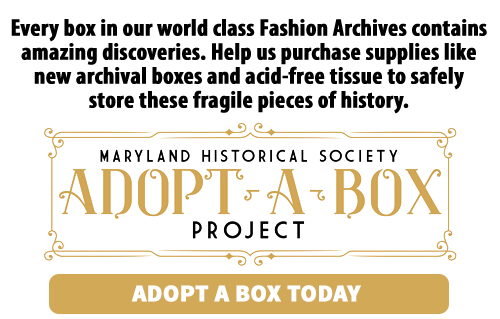